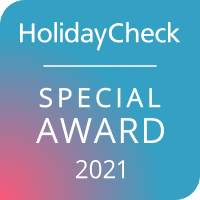 Family Köhler and Berwing warmly welcome you in our Wellness- and Garden Hotel Heusser in the beautiful Bad Dürkheim at the German Wine Route.

We have been the hosts of the Garden Hotel Heusser for more than 30 years and your personal well-being will always be our highest priority. Together with our hospitable and engaged staff, a lot of whom have been working with us for years, we look forward to making your stay at our Hotel Heusser memorably beautiful.

Yours, Family Köhler and Berwing together with the whole team.

From a fruit plantation into a family hotel of all comforts

In the 40s the today's hotel was a rural field where Julius Georg Heusser harvested apples and pears as well as pressed the fruit juices. If he had predicted at that time that in this place a 200-bed- hotel would have been created... He would have certainely shaken his head in disbelief.

The idea to build a hotel on this site came from Georg Heusser, his son, a chemist by profession. In 1953 he opened the first section of the hotel. This building still stands today in the Seebacher Street, directly on the today's entrance. However, after numerous conversions and modernizations, it does not compare with the former house. Year after year, the orchard was slowly converted into a beautiful garden. That's why the whole complex bears such a name nowadays.

When Georg understood that most obviosuly the area he had at hand was not sufficient, he built on the frigde directly adjacent to the first building another property with further 50 hotel rooms and an indoor swimming pool. To sum up, the hotel offered 84 rooms then. Not so little anymore!

With years passing by, the Heusser Hotel became something like Ritz or Hilton in the U.S., turning into the favourite haven of well-known actors and singers from the post-war period.

Rudolf Schock, Nadja Tiller, Heidelinde Weis, O. W. Fischer, Erik Ode are just an example of the large number of prominent guests who have visited us so far.

The hotel was then taken over by the community of Heusser heirs who managed it for another 5 years.

At the beginning of 1987, the entire complex was sold to the family Köhler from Kaiserslautern. The Köhler already had experience in the hotel business, for almost 10 years they ran the Seehotel Gelterswoog in Kaiserslautern.

Under the leadership of the family Köhler an enormous transformation took place. From a small holiday hotel, the object developed into a leisure and seminar hotel with numerous facilities in the offer.

First of all, in 1988, the new owners built a restaurant and a passageway between the two buildings.

After all the major revamp, the entrance and the court were created.

After having rooffed the upper building in 1997, 4 junior suites and 3 banquet rooms arose. In 1999 a new building was built on the restaurant roof with 10 rooms and suites, 3 banquet rooms, as well as a walkway to the reception desk. Also a great hotel bar, an underground passageway to the indoor pool and the rooms of the Beauty Farm enriched the offer of the hotel facilities.

In addition, the hotel had been continuously renovated and improved. 2 smaller rooms were turned into ona large and modern one so the total numer of rooms was reduced to 80.

In 2003 the gardens were changed into the Japanese Garden with a large tea house, which is since then a special opportunity to organise receptions, coffee and cake breaks as well as barbecues. In 2004 this facility was extended into the Balinese Water Garden.

In September 2007, the biggest of all the investments was completed. In a three-storey building above the indoor pool, the famous Heusser Wellness Oasis with various saunas, a steam bath, massage showers, beautiful restrooms and much more was built. Now it has 11 deluxe rooms with the utmost comfort. In addition, a new large car park was created. Thus, now a total of 110 free parking spaces are available to our guests.

Later in 2008, the owners began to raise the attractiveness of the banquet and meeting room "Knight's Garden" with a terrace and access to the Asian gardens. As a result of these actions, the restaurant was enriched a fireplace whereas the Balinese part of our garden transformed into a new bold vision. A new pond has been built which is since the spring of 2009 a home for our sweet turtles. Warmed by the soothing flames of the fireplace, our guests enjoy not only the finest cuisine, but also a direct view of the waterfall in the new pond.

The Wellness Oasis was then enlarged even more - in 2011 the owners met the decision to expand the area by adding a new building. They also ran a complete renovation of the indoor swimming pool. In April 2012 our indoor swimming pool was equipped in the state-of-the-art technology, being now more than modern in design. In August 2012 the new Wellness Pavillon was added 2 further relaxation rooms and 5 additional spa treatment parlours. As a special highlight, our Float-Spa was created.

Here you will experience the notion of weightlessness in a nearly saturated solution of salt and water.

In addition to the major investment and conversions, also the hotel rooms and bathrooms have been constantly renovated and thereby they offer the highest comfort for our dear guests. The family Köhler will continue to improve the hotel in order to meet all of the customer's expectations - even the most demanding ones.

Have a look at our